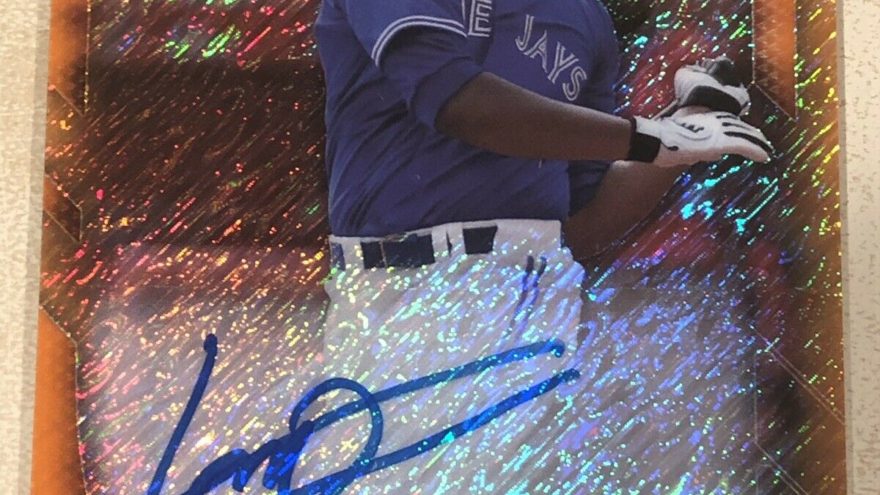 The countdown is on until Vladimir Guerrero Jr. makes his highly anticipated MLB debut. Collectors have been eagerly awaiting his debut as he has been smashing his way through the minors and steadily gaining more hype every week. Check out this 2016 Bowman Chrome Prospect Orange Shimmer Refractor Auto that has eclipsed $3,100 mark with nearly 30 bids.

While $3,100 may be tough for most of us to drop on a single card, Vlad does have some cheaper 2016 Bowman Chrome Prospect Autos along with a bunch of other non-Chrome and non-Autographed cards to meet everyone’s tastes and budget.