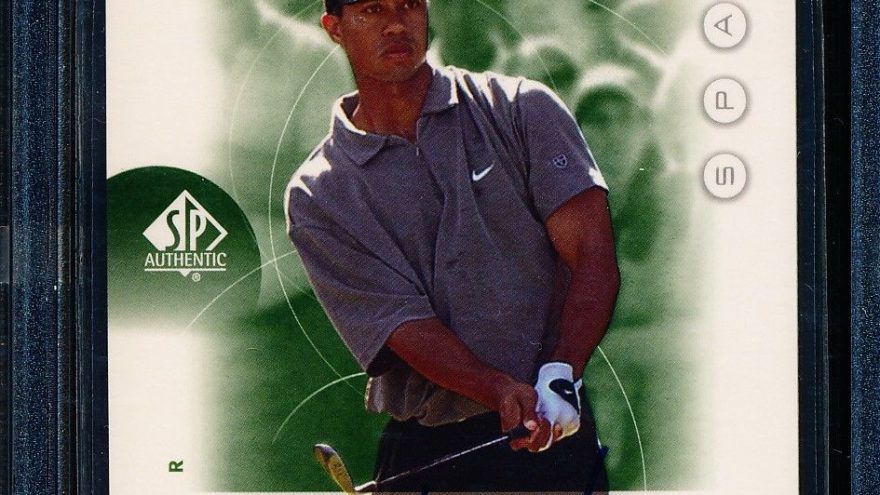 That’s right folks, you read that correct – Tiger Woods is back – finishing the first round of the Hero World Challenge with a five-birdie 69 in his much-anticipated return to competitive professional golf.

His great start to the weekend will undoubtedly have a major impact on his sports cards. His iconic 2001 Upper Deck SP Authentic Rookies have held steady in price during the last few years as Tiger has fallen out of the ranks on tour.

If Thursday’s opening round plays any indication on how well Tiger has been feeling since his spinal fusion surgery in April, I think we are all in for some very favorable results and quite a few of his signature first-pumps.

The time to stock up on his rookie cards and licensed autographs is right now, as I can only imagine how crazy prices are going to get if Tiger is able to claw his way back to the top or even win a major during 2018 and beyond.

Back in 2009 and 2010 during the height of Tigers career, his rookie card prices were off the charts, some selling for over $10,000. The prices have certainly calmed down since then, but we certainly are on the brink of seeing a resurgence in Tiger, which very well could mean a resurgence in his prices.